The Top 5 Myths of Behavioural Economics 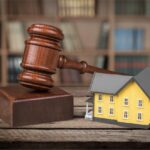 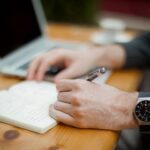 I was not initially schooled in the world of economics. Or finance. Or market analysis. For the sake of my clients and partners, I’ll provide comfort by assuring them, indeed I have acquired that knowledge and training during the past 25 years working in the world of personal wealth management. However, my formal training – undergraduate degree, formative professional career – was in theatre and film. I was an actor and director.

In both theatre and film, what you attempt to do, is “tell someone’s story.” To do that with some semblance of authenticity and accuracy, you need to understand who that “someone” is. You need to know their past, their present, the future they see for themselves. Above all, what you need to know is, “What do they want”? “What drives them”? Stanislavski, the famous acting guru and founder of “The Method” acting paradigm, had multiple terms for it: ‘Objective’, ‘Motivation’, ‘Intention’. In fact, his surprisingly structured and formalized technique of creating a character begins with the fundamental question, “What is my character’s intention?”

Economics essentially has a replica idiom to define ‘someone’s economic intention’. Naturally, it being the world of economics, they’ve removed ease of accessibility in its nomenclature and have landed on “Maximum Expected Utility” (MEU). I’m fairly confident that Shakespeare would not have applied his expression “trippingly on the tongue” to Maximum Expected Utility, but none-the-less, it is widely accepted in the vernacular of Economists, providing a mathematical formula to arrive at: “What it is, someone wants”.

Myth #1 – Behavioral Economics was the Introduction of Humanity in Finance

Contrary to inaccuracies circulated by would-be behaviouralists, MEU very much considers ALL the variable components of how one individual values one item versus another including an emotional value. It is not simply the act of attempting to collect the largest pot of money possible. Rather, it empowers an individual to assign their own unique value to any product or experience. It provides flexibility for the tangible reality that one person will apply more value to a product or experience, simply because of an emotional connection to that product or experience, which may run contrary to actual monetary value. It contemplates the inevitable consequence that, as someone acquires more of something, its value diminishes to the acquirer. In other words, it accounts for a myriad of emotional components, contained within the human experience.

In fact, (MEU) is the resulting formula after calculating first: Utility – applying a valuation to a product or experience. Followed by: Expected Utility – the sum of multiplying the Utility value by the probability (%) of that event occurring. (called a Util) Resulting in: MEU – Applying “Rational Judgement” to choose the product or experience that provides the highest Expected Utility or Util.

Enter Daniel Kahneman and Amos Tversky. Two psychologists now considered the forefathers of Behavioral Economics. In 1974, long before either had contemplated challenging the constructs of MEU, they wrote a white paper titled, “Judgement Under Uncertainty: Heuristics and Biases.” What they postulated was that, when faced with the uncertainty of an outcome, people will rely on Heuristics (fancy word for ‘rule of thumb’), to arrive at their decision. Further, through extensive experiments, they demonstrated those same heuristics were informed from intrinsic biases that each of us has programmed into our decision-making process.

Let’s assume that you are a person that likes taking three-week trips so you value each week and each country the same. Using the formula of MEU you would calculate

So clearly, the “Rational” decision here is choosing the 50% chance of the three-week trip as it provides a Util value of 1.5 vs the 100% guarantee of the one-week trip which is only 1.0 Util.

Except, by an overwhelming majority, most humans choose the guarantee of the one-week trip. And they “rationalize” it as “Why take a chance when I know at the very least, I’ll get something out of the bet and it’s better than feeling lousy about getting nothing?”

In other words, most humans apply the heuristic, “A bird in the hand…etc.” Which strikes most people as pretty “rational.” That is, most people who aren’t economists from University of Chicago. Clearly, one economist’s ‘rationality’, is another artist’s nonsense. Or at the very least, a psychologist’s conundrum.

Myth # 3 – Rational Judgement is a Constant

Fast forward to 1979, where now Kahneman and Tversky did indeed challenge the theory of MEU in their ground-breaking work titled, “Prospect Theory.” They demonstrated, again through painstakingly detailed experiments, how human beings defy MEU. They clearly showed that the vast majority of people apply a contradictory set of “rational judgements” to gains vs. losses. They meticulously outlined the extent to which, most humans – in spite of being coached and tutored on optimal decision making (as defined by Expected Utility) – continue to make choices relying on heuristics informed from pre-set biases.

Continuing the example from above:

One quickly sees that the relationship of whether you are likely to win the first gamble vs second hasn’t changed; you are twice as likely to win the one-week trip vs. the three-week tour. However, what has changed is the removal of the guarantee. And, oh yeah, now the odds really suck!

But, by an even more overwhelming margin, most humans defy their own definition of “rationality” and jump aboard the MEU train of “rational choice”. Essentially, they now say, “well the chances of either happening are pretty unlikely, so why not take a chance?”

Which certainly has a basis in “rationality” but more importantly what it points out is that humans, if offered it, will opt for a guarantee, (referred to as Loss Aversion) but are willing to accept risk when they believe the likelihood of success is very low. To my mind though, what is far more intriguing is not necessarily HOW our decision-making often deviates from a predictable pathway, but the fact that it in fact DOES DEVIATE.

More specifically, what fascinates me is the extent to which we build theories and financial models as though that weren’t true.

We hear a lot of talk about Behavioural Concepts, mostly just the idea of biases or, worse yet – as outlined above – thinking behavioural economics is getting to the emotional connection of goal setting. We arrive at the conclusion, “well, it’s all very interesting, but I don’t really know how to apply it. And even if I did know how to apply it, my clients always change their mind, so how do I plan for that?” And that tends to be the end of it.

Which points out the breakdown between my analogy of character creation and MEU. In the field of humanities and arts, when we ask the question, “What do I want?”, it leaves open the possibility that a human may in fact “act” in a manner contrary to what they stated they want, or in a manner paradoxically from what would be considered their best interest; or perhaps in a manner erratically inconsistent from one day to the next. By contrast, the science of economics imposes the rigid belief that every human will arrive at “What do I want?” through the 3-step process of MEU, containing the overriding constraint of ‘Rational Judgement’. For the economist, once the decision of “What do I want?” has been crystalized, the belief is that each person will robotically make rational decisions to arrive at that same desired end state.

When you think about how we do financial planning, we are falling into the trap of the MEU economists. We’re asking our clients, “What do you want?” and they give us their “Goals”, and then we shake our heads in amazement that they didn’t get emotionally invested in their financial plan or didn’t follow through with their goals, even though we mapped it out for them.

In reality, our financial planning process needs to include a mechanism for testing the biases and unpredictability that inevitably our clients will bring to the table. My overriding philosophy of financial planning has always been, “It is the inconsistency of decision making that is the reason a client hires me, not in spite of it.”

Myth #5: Behavioural Finance Is What Prevents A Client From Selling When The Market Tanks

Truthfully, that couldn’t be further from reality. If you’ve successfully ‘talked a client off the ledge’ during a market correction, good for you. It points to the strength of the relationship you’ve built and the trust they’ve placed in you. But don’t think for one second, it is due to the fact you had them do a risk analysis that included bias observation.

Those biases and ‘irrational” decisions are hard wired into someone’s psyche. They come from having watched their parents lose it all in the depression and therefore, no matter how much they have, it is never enough, so they can’t allow themselves to spend. It comes from seeing all the other kids at school with nicer clothes, so you promise yourself, when you grow up, you’ll never let your children feel the same way, so you spend on them even if it puts your retirement in jeopardy. It comes from growing up on a farm where all you heard was, “the banker is the enemy” so you invest all your money in hard assets that don’t provide any income but it’s better than trusting in the banker.

None of these are “rational”. But they are all emotionally real. Anyone who has spent time in this industry has experienced these, or something very similar to them, first-hand.

However, provided you’ve taken the time to find out, “What Is It You Want?”, recognizing that what they say will be different from how they act, you can change their lives.

You can change their behaviour!