It’s more than not selling when markets go down!
May 6, 2020 by RowanOak Private Wealth Counsel 0 Comments 271 Views 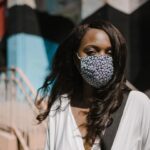 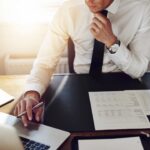 I hope you have had a good week and are doing well. In an effort to continue to keep you informed in the current environment, this letter includes a recap of what took place in the markets this week.

How do these developments affect my investments?

North American stock markets have rebounded smartly from their recent lows reached in late March, despite the increasingly poor economic data. This shows why it is important to keep in mind that in the short term, no one knows which way markets will move.

While several jurisdictions around the world are lifting their lockdowns, there are still many unknown variables that could affect the pandemic and the outlook for the economy and the markets.

My message here is this: just as it was wise not to panic when markets rapidly declined during the virus’s outbreak, it is also helpful to remain cautious as events progress. Sticking with the long-term plan we have built together is the key to navigating both the good times and the bad.

Should you have any questions, comments or concerns, we would be happy to discuss your wealth management plans at any time. Please do not hesitate to contact us.