It’s more than not selling when markets go down!
May 28, 2021 by RowanOak Private Wealth Counsel 0 Comments 278 Views 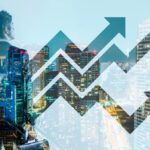 RowanOak Commentary: The Importance of Time in the Market 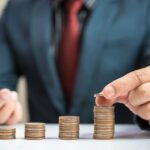 The best word to describe 2021 so far is “hope”. Vaccines are rolling out, and while the vaccination rate got off to a slow start, the momentum has certainly picked up with 50% of the population now having had their first dose. Talk is now starting to shift to the second dose and we are all anxiously awaiting for the light at the end of the tunnel and regaining some of the small pleasures in life that we once took for granted.

The International Monetary Fund (IMF) has predicted that global economic growth this year will be 6.0%, which is up from their earlier estimate in January of 5.6%; their estimate for Canada is to grow at 5.0% this year and 4.7% next year with the US expected to grow 6.4% and 3.5%, respectively. This is all good news as it shows that we are on the trajectory back to “normalcy”, however, there are now concerns about inflation and how it may react with all of the government stimulus injected into the economy.

There has been unprecedented government spending to support businesses and those who lost their jobs over the past year, and this is continuing into 2021 and beyond on both sides of the border. In the US, President Biden unveiled an economic recovery plan worth $2 trillion with a focus on large-scale investment in infrastructure; this is on top of the $1.9 trillion Covid relief package that was passed earlier this year shortly after he came into office. At home, the Liberal government’s new budget is now proposing their own economic recovery plan with over $101 billion in new spending over the next five years and this is on top of the massive spending last year that grew the budget deficit from $39.4 billion in 2019 to an estimated $381.6 billion in 2020.

We are also starting to see inflation creep back into the economy, however this is partly due to supply chain constraints that are both pandemic-related and unrelated, such as the recent blockage of the Suez Canal. In the normal course of economic cycles, it is common to see some inflationary pressures at the beginning of an economic recovery and the optimal range of inflation for the equity markets is between 1-3%. The March CPI was 2.2%, up from 1.1% in February, however April was higher still at 3.4%, year-over-year. While this may seem like a big jump, this is a year-over-year comparison, and we are coming off low inflation numbers from April, 2020 which saw prices fall 0.2%. The second factor is the effects of the supply chain constraints, which are so far expected to be transitory. One important indicator to watch is an acceleration in wage growth as this would be a more worrisome sign of long-term inflation. This is currently not the case.

While there is much to be hopeful for over the coming year and beyond, there will not a be flipping-of-the-switch back to normalcy and potential risks, such as inflation, need a watchful eye. Markets should have a positive year, although a slight pullback or some sideways action in the near-term would likely be a good rest after their recent rally. We will be closely monitoring the markets and the economy for significant developments along the road to recovery. As is always the case, the best defense against market volatility is to have a properly diversified portfolio that is tailored to your personal risk profile and investment objectives.